Arrive at Varanasi airport or Railway Station and transfer to hotel for Check in.

Visit to Sarnath after lunch. Sarnath is a tiny village in the Uttar Pradesh region, located roughly 13 kilometres to the northeast of Varanasi, a sacred city. Lord Buddha preached his First Sermon at Deer Park (Rishipattana) in Sarnath. Visit additional local attractions in Sarnath, such as the Buddha Temple, Chaukhandi Stupa, Mulagandh Kuti Vihara, and the Archaeological Museum, which contains the results of the Archaeological Survey of India’s excavations at the Sarnath archaeological site.  Also visit Dhamekha Stupa. This is Sarnath’s most magnificent and impressive building. The Dhamekh Stupa is 43.6 metres tall and 28 metres in circumference at its base, and it was constructed primarily of stone but also of brick.

Enjoy the evening religious ceremony at the Buddhist temple in Sri Lanka. The AIK World Buddhist Culture Organization Japan and even the Sri Lanka Buddhist Centre collaborated to build this temple. A statue of Buddha is housed at the shrine, which is surrounded by ceremonial items. The wall behind the picture is decorated with several frames holding ink paintings.

Return back to the hotel in the evening for dinner and an overnight stay in Varanasi. 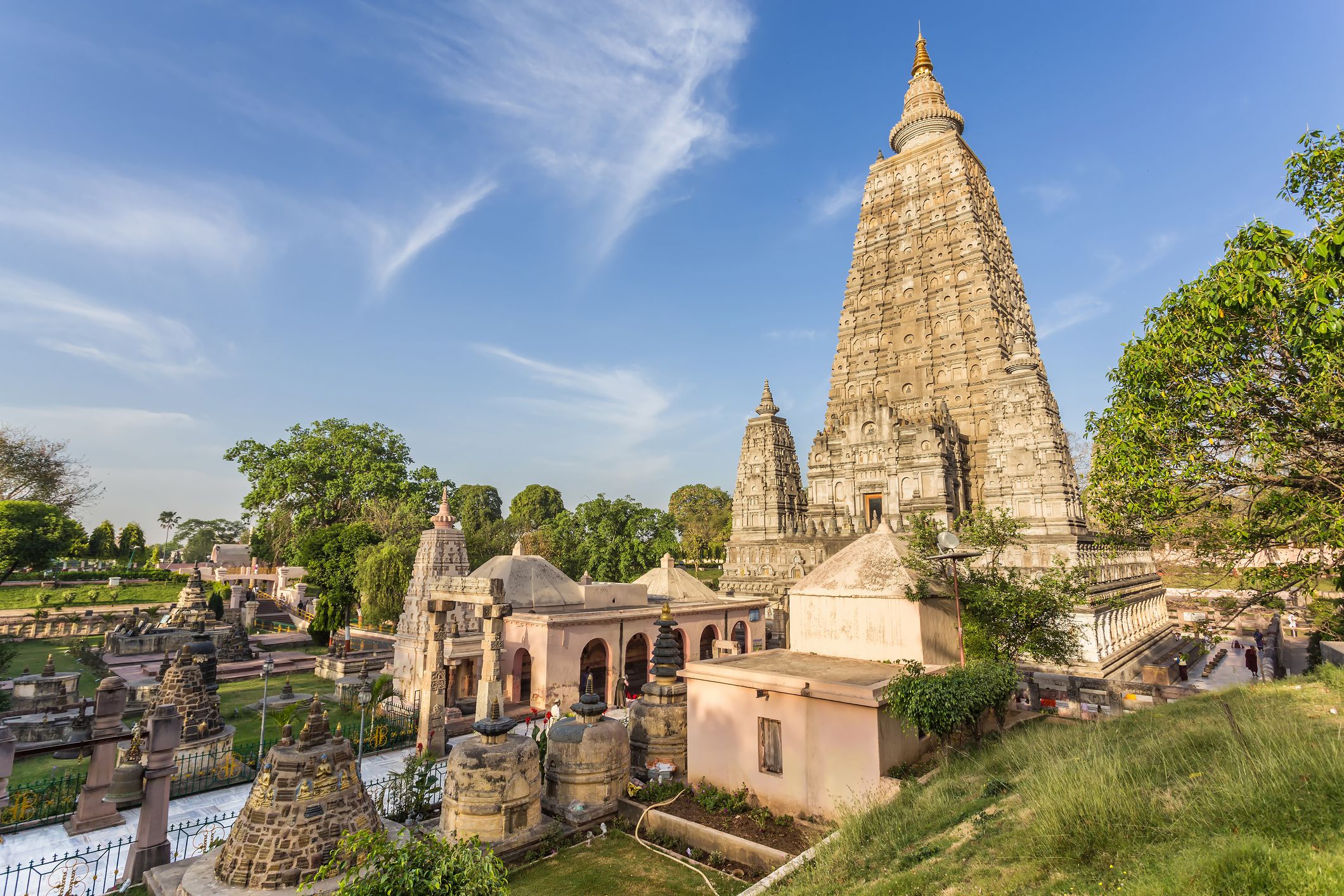 At sunrise, take a spiritual boat ride at holy river Ganges before eating breakfast. Explore Varanasi’s several Ghats, including the Manikarnika Ghat and the World’s Largest Cremation Ground. In the Manikarnika Ghat, there is a pond that Lord Vishnu is thought to have created so that Lord Shiva and Goddess Shakti might take a bath. We will also visit Harishchandra Ghat, Tulsi Ghat, and Assi Ghat in addition to this. Every Ghat has a distinct past and worth. After breakfast, check-out from the hotel.

Drive to Bodhgaya and check in at the hotel. Discover the local attractions of Bodhgaya, such as the Mahabodhi Temple, an ancient temple dedicated to Lord Buddha, and the Bodhi Tree, which is said to be the oldest continuously recorded tree in the entire world and the location of his enlightenment. In India, the Mahabodhi Temple is the most well-known Buddhist pilgrimage site and a UNESCO World Heritage Site.

After returning to the hotel, spend the night in Bodhgaya for overnight stay. 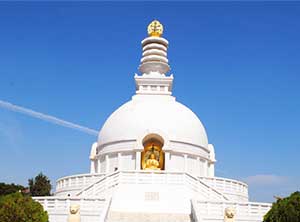 Gautam Buddha ate kheer (milk and rice pudding) here to break his 7 year long fast which he had kept since he gave up the materialistic life to achieve enlightenment. After eating the kheer, Gautama Buddha understood that immoderation cannot lead to enlightenment and he proceeded on his trip until he arrived in Bodh Gaya, where he finally attained enlightenment. In order to commemorate the historical event, a tiny temple was constructed here.

Drive to Rajgir later and check-in at the hotel. Buddhists travel to Rajgir, the former capital of the Magadha Empire, for religious purposes. On Ratnagiri Hill, the enormous Vishwa Shanti Stupa was constructed by Japanese Buddhists. Buddha statues representing each stage of his life—birth, enlightenment, teaching, and death—can be found in the stupa. Lord Buddha also made a preaching halt at Griddhakuta (Vulture Peak). Visit Bimbisara Prison and Venuvanam as well.

Check in to the hotel upon arrival for an overnight stay.

After breakfast, we will leave for Nalanda early in the morning to tour the Nalanda University Archaeological Complex. Over an uninterrupted 800 years, it engaged in the systematic transmission of knowledge. Visit the Chinese Pagoda known as XuanZang Memorial Hall after exploring the ruins.

Afterwards, drive to Vaishali to see the location of the Lord Buddha’s last sermon. Later, visit the famous landmarks in Vaishali that include Ashokan Pillar and Ananda Stupa. Ananda, Lord Buddha’s most well-known disciple, is honoured with the Ananda Stupa, which was constructed in his honour. He is supposed to have entered samadhi next to the Anand Stupa, and the stupa now houses his mortal bones. Also, have the leisure to see Abhishek Pushkaran , Buddha Stupas , Kutagar Shala Vihara and more.

Later, drive to Patna airport / railway station to catch a flight / train for your destination.