Arrival at Kolkata airport and transfer to hotel. Kolkata, formerly known as Calcutta was once glorious Capital during British Raj. The city was once a small fishing village on Hooghly River which is a tributary of Ganges and used to be called as “Ganga” traditionally in Bengal. Kolkata can also be called cultural Capital of India as it has been home to many artists, painters, poets and Mother Teresa.

Start city tour of Kolkata visiting Victoria Memorial Garden which was built in memory of Queen Victoria, the main building in the centre of this beautiful garden has a museum that houses Victorian memorabilia and British Raj paintings. Then visit The Mother House which also has the tomb of Mother Teresa and a simple museum chronicling Mother’s life. Later visit Dakshineswar Kali Temple which is dedicated to Goddess Kali and Belur Math. The Ramakrishna Mission established by Swami Vivekananda is headquartered at Belur Math. Overnight stay. 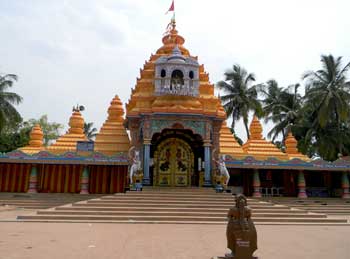 Morning transfer to Kolkatta airport to take flight for Guwahati.

Guwahati lies between south bank of the Brahmaputra River and also the foothills of the Shillong. Guwahati is the largest city of Assam in India and also gateway to North East India.

Arrive at Guwahati airport then drive to visit The Kamakhaya Temple (the most powerful Shakti temple in India), after that we will proceed Tezpur. Upon arrival check in at hotel for overnight stay.

Today after breakfast we will proceed towards Bhalukpong is a border town between Assam and Arunachal Pradesh. The Kameng River flows along the town which makes it a famous picnic place for the locals.

Afternoon visit Dirang which is among the most beautiful place in Arunachal Pradesh situated at an altitude of 4200 ft. Early morning, we shall visit hupsung Dhargyeling Monastery which means “Place of Flourishing of the Buddha’s Speech”. This was inaugurated recently by Dalai Lama and today it is a Temple as well as an Institute which imparts Tibetan Buddhism by Monks. We shall also visit Kastong Monastery. Located on a small plateau, the Monastery offers the most spectacular views of Dirang village and surrounding valley below. The Medieval Monastery is adorned with windows, doorframes and intricate ceiling. The chanting by monks and an aura of tranquillity fills the atmosphere in the monastery.

Dirang is also famous for the Black Neck Crane an endangered species of bird which rest here in the Sangti Valley of Dirang during winters. Overnight stay. 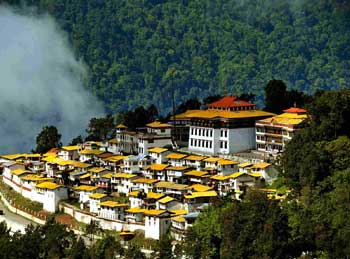 Morning, we shall depart for Tawang which is one of the most popular destination in Arunachal Pradesh and both historically and naturally marks its importance. It is located at an altitude 3500 Mtrs. The main inhabitants of the district are all Monpas. It is famous for monasteries and beautiful lakes, one of the most popular and important is the Tawang Monastery – one of the second largest monastery in India and second largest in the World. Arrival at Tawang and check in at hotel for overnight stay.

Today we will visit the Tawang Monastery – The Famous Godden Namgyal Lhatse roughly translated as “The peak of the heavenly abode of joyfulness and complete victory” and, popularly known as the Tawang Monastery was founded by Merak Lama Lodre Gyatso in the year 1680-81. The monastery apart from being is the fountain-head of the spiritual life of the people of this region is also the most important Socio-Cultural Institute having tremendous influence on the culture and day-to-day life of the inhabitants of the region.

Morning after breakfast leave for Bomdila. It is a small town located at an altitude of 2212 Mtrs, in the West Kameng District of Arunachal Pradesh which is growing fast as a developed town and a popular tourist attraction place. Upon arrival check in at hotel. 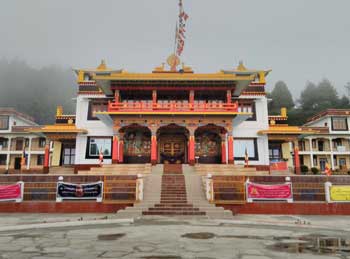 In the morning, transfer to Tezpur airport to catch flight for onwards destination.